Building something meaningful within 24 hours.

This post is an anecdote of the time I spent at [email protected] (A Hackathon at Guru Gobind Singh Indraprastha University), where my awesome team "Frameshift" won the first prize.

It felt like "Another day, another hackathon", when I woke up on the fine morning of 10th October, but little did I know that the lessons I learnt from my last Hackathon (haXplore at IIT BHU) will pay off really well and none could have guessed how these interesting turn of events will lead to our victory, because I met my team-mate right there for the first time ever and before that, we'd only have talked once or twice on call the day before.

As I said, this time I was prepared. I took 2 extra shirts with me, a jacket and a PJ to keep me comfortable. I made sure that I slept a good 10 hours before I would leave for the hackathon, to prevent any sleep deprivation during the first few hours of the day itself, not to forget I managed my diet accordingly, so not to feel sleepy during the late hours.

I left from home at 10PM exactly and reached the College at around 12PM, which was directly attached to the metro station, which made things much easy as there was a 24x7 open store at metro station, which I planned to visit if I needed something at night. At the gate, I met Kushal (The team-mate I talked earlier about) and at first sight he seemed fun and was very joyful and I definitely credit him for maintaining our morale during the 24 hour period.

So the hackathon began at around 3PM (due to complications in the internet access, etc), and till then we had some food, roamed around the campus and got ourselves registered and yeah, learnt a lot about Kushal.

We then, went to the main library which was the location of the hackathon and to my surprise, we chose the best seats there. They were right next to the air conditioners, easy to navigate to, and very spacious. I didn't take a dedicated picture of the work area, but you can spot it in the image below: 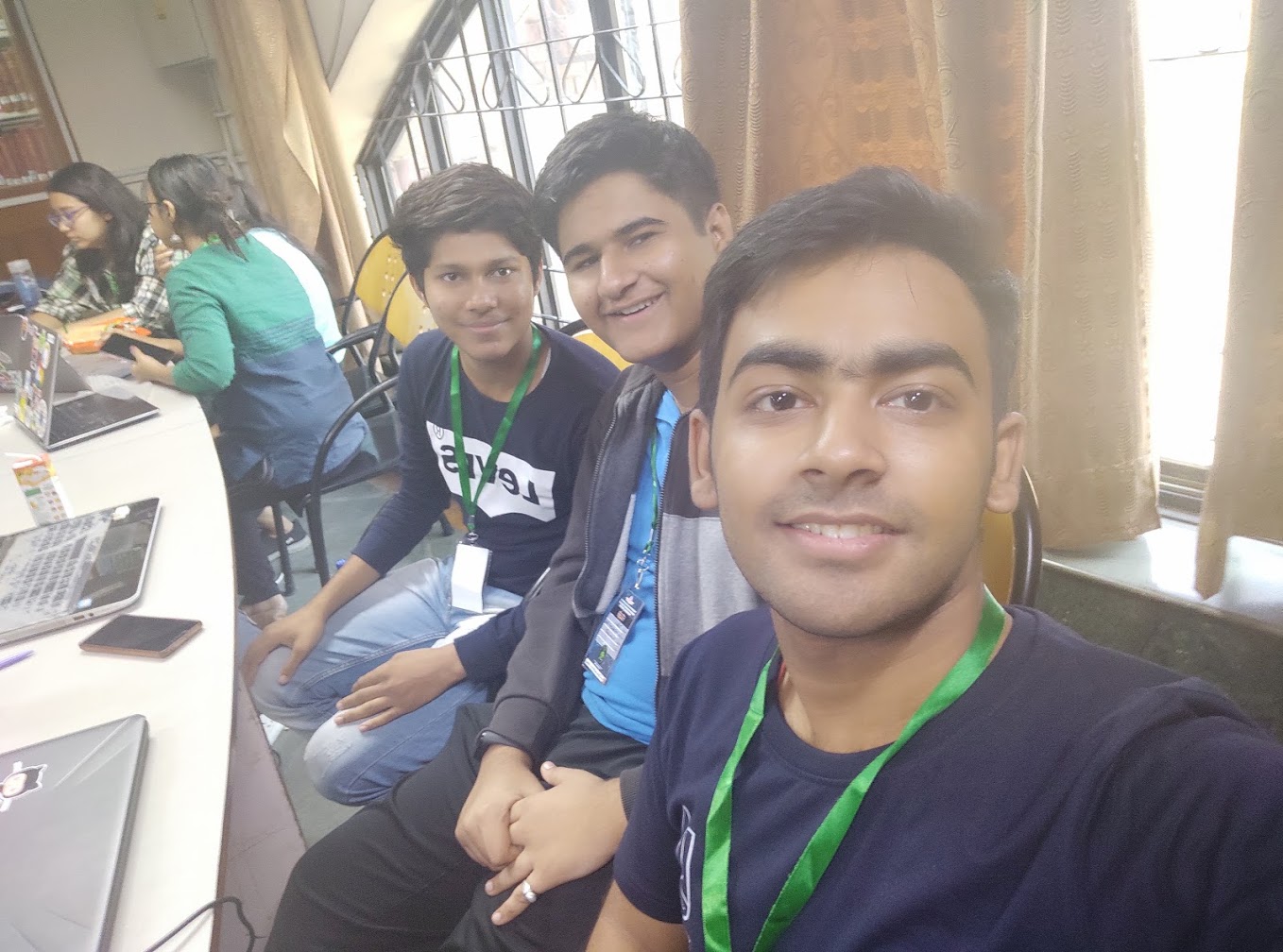 Well there was some mention that the theme for the hackathon will be "Go green", but later they clarified that we can build anything that impacts, Hence we built A production error monitoring / tracking library. I personally struggled a lot with production error, since I manage an entire startup all-by-myself and hence the idea made sense.

But the problem was, figuring out the impact for this idea which played a key role and after a bit of googling we found some really mind blowing statistics which we used in our presentation as well later.

I was playing with a framework called loopback-4 by strongloop IBM at my home earlier, so naturally I started building the backend with it and Kushal started working on the frontend using bootstrap and jQuery.

But a few hours down the line, I realized that there is lack of documentation for the functionality I needed with loopback-4 as it is relatively new and not very popular. So I switched back to django right there, and built the things I already had done in loopback again and I was able to get them done within the hour and honestly, I felt like we would lose before that moment, as we lost our head start.

At around 6PM, we took a little break and had some food as it had been 6 hours since I had eaten anything meaningful, we walked around the campus and we chatted about our progress. Whatever you say the cafeteria was very diverse at this college, so many different options to choose from and great food indeed.

After coming back, we had our mentor round and they gave us ideas on how we should approach building it and pitching it as well. The mentors were highly motivated and they just snapped at the idea, when we told them. They enjoyed it as much as we did 😄.

In the next 4 hours, I integrated django-rest-framework into the project while Kushal built the dashboard and was starting the kanban design.

We were served food at 10PM by the organizers, The food included an amazing Dosa, a very sweet Halva, and some other South Indian dishes such as Uttapam, etc. We had plenty of it and were full by the hour, and then we drank some coffee and walked around the campus while we called our families, chilled out and enjoyed and the next 2 hours were spent like that.

After that we had our first Judging round, and our product was very technical and hence I think they were confused about what we were building and that's what later I built a pitch deck for it and it definitely paid off. It was much easier to explain the idea to judges now, as I could throw away stats easily, and bring them to the productivity and attach a dollar value that the product saves per user. 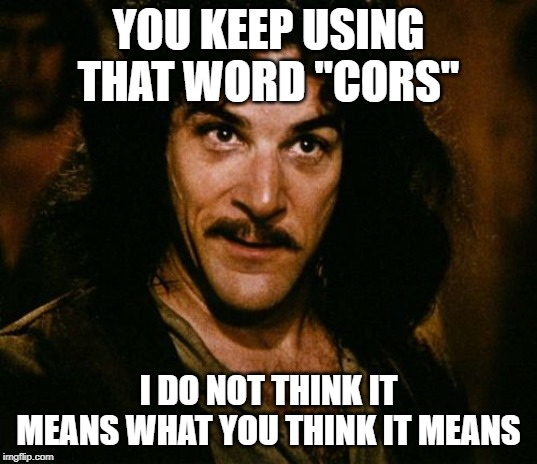 We were almost done by 4am in the morning, but the problem was it wasn't working because of a mixup due to CORS and CSRF errors in django and drf, and obviously, We all feel that we know cors really well but at the end of the day it comes and hurts you where you can't handle it. For us, it made us waste almost 2 hours of our time, and yeah we were sleep deprived as well, so it was hard. After it was solved, we went out for a walk for tea but it wasn't available and but it was still helpful as it helped with the sleep and when I came back I was much more productive.

Now, we were just improving the presentation and putting final touches to the project and to our surprise we had to hurriedly submit the project to DevFolio because there was a set timing to put it there, and only 3 minutes were left when we started with it and later they increased the time on DevFolio which was a little heartbreaking.

But then a new judge came for our second judging round, and it went really well. She loved the idea, loved the working prototype and loved the basic presentation we gave and I felt ecstatic and just a few minutes later, she announced that we were out of the Top 10 Teams and we just felt amazing in the moment, because last time at IIT BHU the sleep deprivation didn't allow us to complete the product and here we were doing much better.

We were asked to give a pitch few minutes later and it went really well, all the judges seemed happy, they loved the demo, they were commending us for our work as well, and you know what told me that they loved our product? They clapped for us, and they made the whole sleep deprived audience clap for us. Which they did for no other team.

After this amazing pitch, we went out for eating food and just held ourselves tight for the next few hours as we proceeded near the announcement of result. There also was a stand -up comedian, who in my opinion tried really hard to get that sleep deprived audience to feel energetic and I think it was helpful. 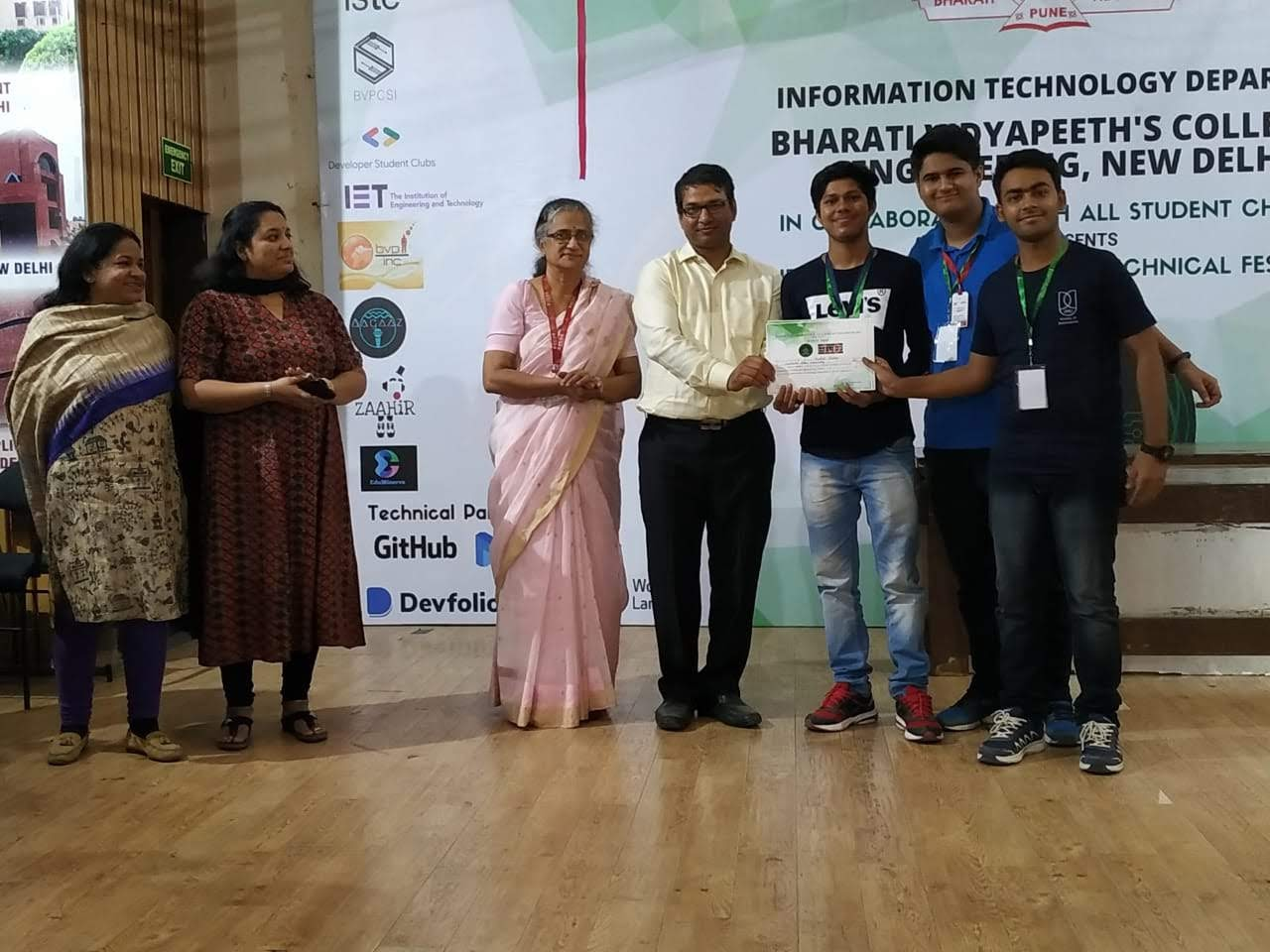 They started announcing results immediately after his performance, and the 3rd prize went to an AR project, which lowered our hopes of winning because our project wasn't fancy but yes, it had a high impact and then after announcing the second one, they said the team which has won the hackathon was "Framestrikers" and we were like whaaaaat?, which they later realized was "Frameshift" and we shouted out and went to the stage and partied hard after!

This was an amazing experience for me, not just because we won but we got to know a lot of people, learnt a lot of things and enjoyed a lot!